We went to Monmouth to do family tree research, but it is still a nice little town where a weekend can easily be spent. We were in and out of Monmouth all weekend to either explore or eat. You can find the usual lunchtime eateries such as Subway and Greggs. Even though Greggs was closed on the Sunday, a little pastry shop literally just around the corner was open and we got some lunch from there instead. We were also tempted by their pastries and we both bought one to save for later. 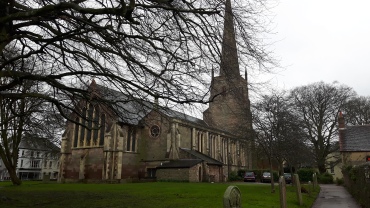 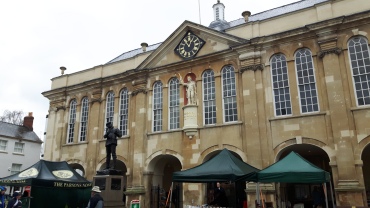 There’s a lot of history to be found around the town. There’s St Mary’s Priory Church and nearby are the remains of Monmouth Castle, which sits at the top of the high street next to the Regimental Museum. The latter was closed with it being winter, but we were still able to look at the remains of the castle, which was where King Henry V was born. A wall next to the museum had a few information plaques detailing the history of the army in Monmouth and I wanted to play on the tank that was on show, as well as other army machinery, but Emma wasn’t best pleased. 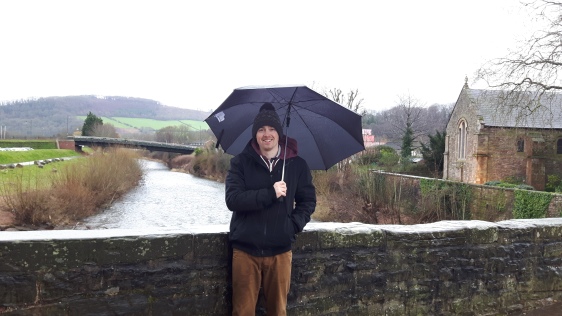 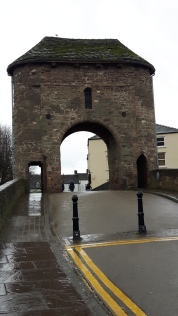 Monnow Bridge is situated at the other end of the town near to Waitrose. It is a beautifully preserved medieval bridge and is the only remaining fortified medieval bridge in Britain. Thankfully it is now pedestrianised since the newer bridge close by was opened up over a decade ago. It crosses the River Wye and it was quite something to think that my ancestors once walked over the same bridge and looked out at the pretty sight of the river and countryside beyond.