I visited Bath a decade ago while on my travels around England. It was one of my favourite destinations during my England trip and still is one of my favourites ever to date! The city is so full of history, beautiful architecture and exciting culture. I stayed at the YHA hostel which is in an Italianate mansion boasting wonderful architecture. It is also well located and reasonably priced.

Before Bath I visited Oxford where I became friends with a German girl called Anneke and coincidentally Bath was the next destination for the both of us. We both happened to be staying in Bath for two nights and at the same hostel. It seemed foolish not to take the train from Oxford to Bath together. 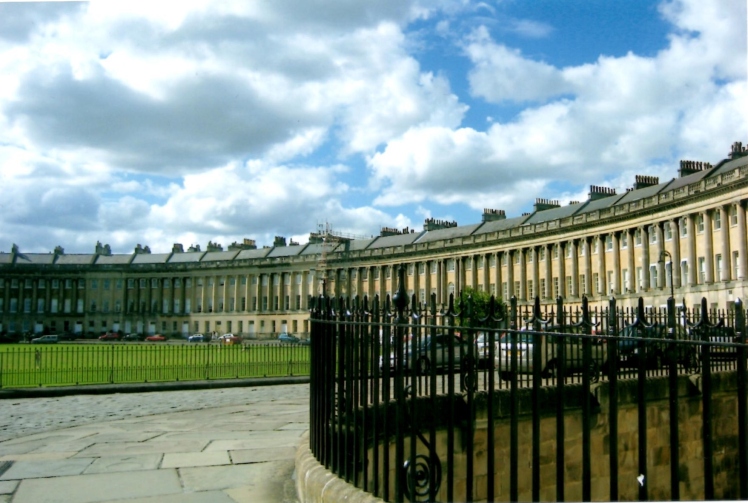 Anneke was exhausted by the time we checked into the hostel, so while she rested I headed out to explore. I visited the Circus, which is an amazing curved building of Georgian architecture. I wished I had the money to be able to stay at the Royal Crescent Hotel, but a couple of nights there would have probably used up all my money for the entire trip around England! The Georgian design is present all around the city and it reminded me of Paris. I went round the Jane Austin centre, which was fascinating and it was on Gay Street. Immature I know, but damn well hilarious! 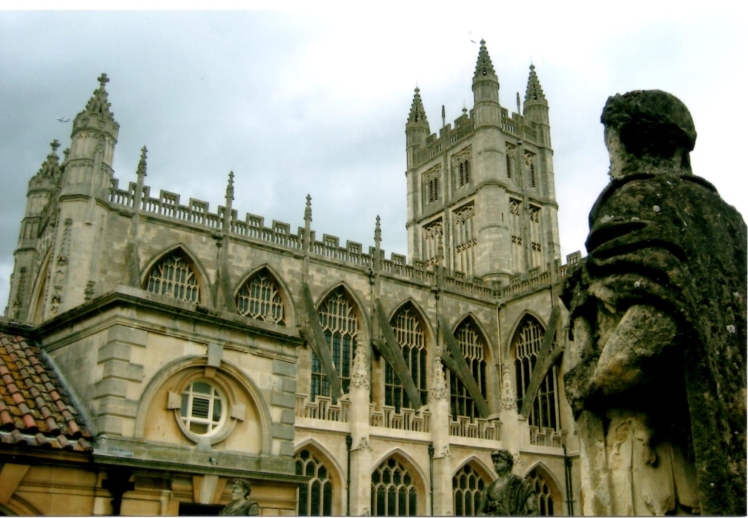 In the short time Anneke had been at the hostel she had become friends with a Spanish woman called Ulsa, who had been in the city for a week and a Dutch guy named Amar. She doesn’t mess around when making friends! That night we decided to have a walk into the centre of Bath for a drink. For the last couple of days Anneke was mentally tired from speaking almost constant English to me, so to her relief Amar was fluent in German, so they happily chatted in her native language.

It was great that we were four different nationalities and I was grateful that I was English (the universal language) as it meant I was speaking my native tongue! We spoke of language and culture all night and it was fascinating. 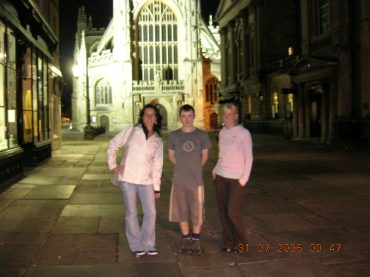 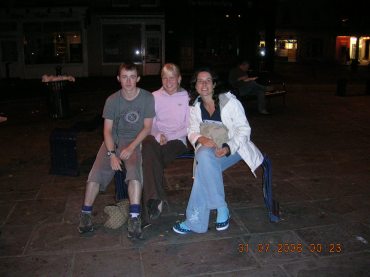 We attempted to go for a drink in the local pub, but Anneke was only 17. She told me that she had some “ID” and got out of her purse a clearly fake ID, which had her photo and handwritten information on. I told her there was no chance that would be accepted in this country, even if it had worked for her in Germany. We tried it anyway and of course were unsuccessful.

We ended up sitting in a pretty square, talking and joking for hours into the warm night. They made fun of the English a lot, but I couldn’t complain as what they were saying was true.

Socialising and interacting with people from different cultures, who in normal circumstances you would never meet is one of the great things about travel. This is especially true when you are young, free and single, as making friends helps you work out who you are as a person. 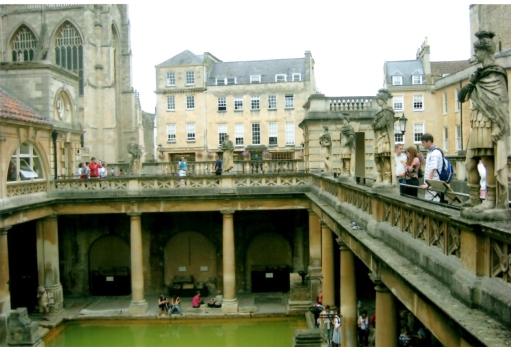 The next morning Amar left for Exeter, while Ulsa went to Bristol for the day. Anneke and I did a walking tour that lasted a couple of hours. I had to explain a decent amount of it to Anneke, but it was enjoyable. I paid £8.50 to visit the Roman Baths, which was too pricey for Anneke, so she gave it a miss. I loved it though and had been looking forward to it. I was fascinated by it all and it it fueled my growing interest in everything Roman.

That evening Ulsa had returned from her day out and the three of us sat in the lounge of the hostel all evening talking about everything and nothing. Our group slowly grew in size, when a Belgian guy called Jerome joined in our conversation, followed by an American called Emily who overheard me insult American sport.

The following morning Anneke headed for Newquay and I went in the other direction to Salisbury, leaving Ulsa in Bath. And just like that I was alone again on my travels, ready for the next adventure.