Albufeira has been on the to do list whenever we have been in the Algarve. This time round was not different. We caught another local bus, this time from the Senhora da Rocha bus stop next to the Intermarche. It was 4.15 Euros per person each way again, as it was to Portimao.

We got engaged in Albufeira 5 years ago when we were holidaying there and very much love the town. On this visit it was hotter and busier, the reason of course being it was mid July. The town did have a bit more of a trashy feel to it than it ever has before. The trashy side usually stays around the new town, while the lovely old town is quieter and nicer. But on this day it felt like the new town holiday makers had spilled over into the old town. The trashy feel could have been just the time of year as there were quite a few large groups of Brits on stag or hen parties. But there appeared to be more trashy British pubs dotted around the old town, so I don’t think it was just the time of year. Although I think the contrast to where we were staying in the peaceful area of Alporchinhos accentuated it! 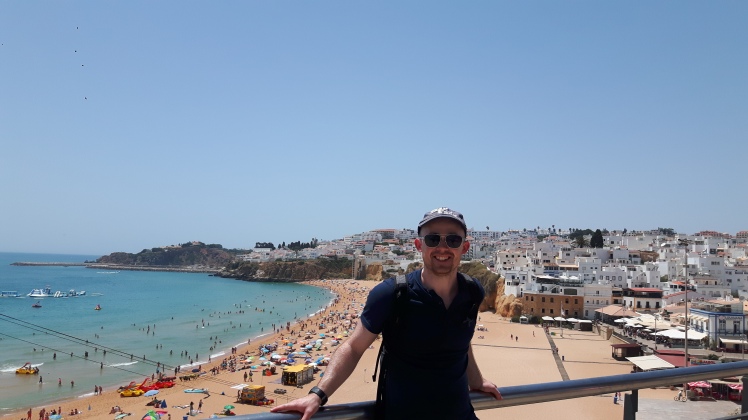 But we still love the old town with it’s quaint individual shops, beautiful beach, history and great places to eat. We went to the top of the lift on the edge of the beach to enjoy the view and because it was where we got engaged. On the walk up to it we passed by the green dilapidated building which is getting worse on each visit, but it’s one of my favourite buildings. 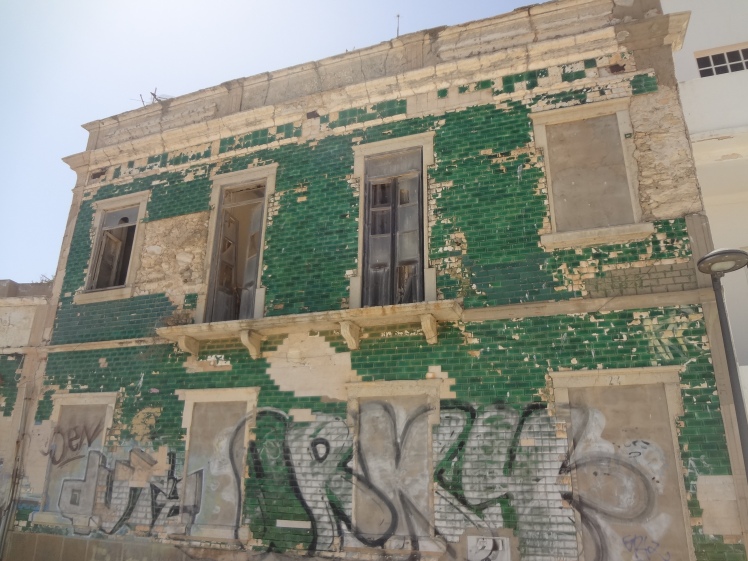 We have visited in May and September, so maybe these are the better times to go, when it is cooler and a bit quieter. Albufeira is still one of the most beautiful towns in the Algarve in our view. So we won’t be put off by the trashiness. Unless it gets worse… 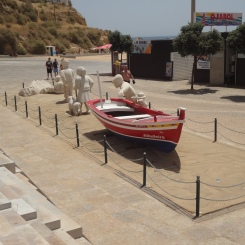 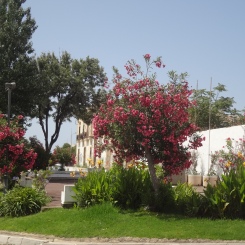 One thought on “Albufeira in July”