We spent all of 3 days in Bristol and with the use of Tesco clubcard vouchers we were able to stay in a fancy hotel, by the river. However, I would have never paid full price for the hotel room, as it wasn’t worth it’s £150 plus price tag, even if it did have a TV in the bathroom.

Bristol was different, it was kooky, individual and fascinating. The steep gradient of Park Street added to the unusual character. With the cathedral at the bottom, the university at the top and Cabot Tower just a short walk up a side road, the street was penned in by beautiful pieces of architecture that could challenge any city. There was even a Banksy on one of the buildings. It may have been vandalised but not even the blue spots of paint affected it. There were handfuls of individual owned shops, the majority were borderline kooky and some drowned in their own kookiness. I may not be of the fashionable breed but it was nice to walk round a shop that I wouldn’t see in another city, another chain. 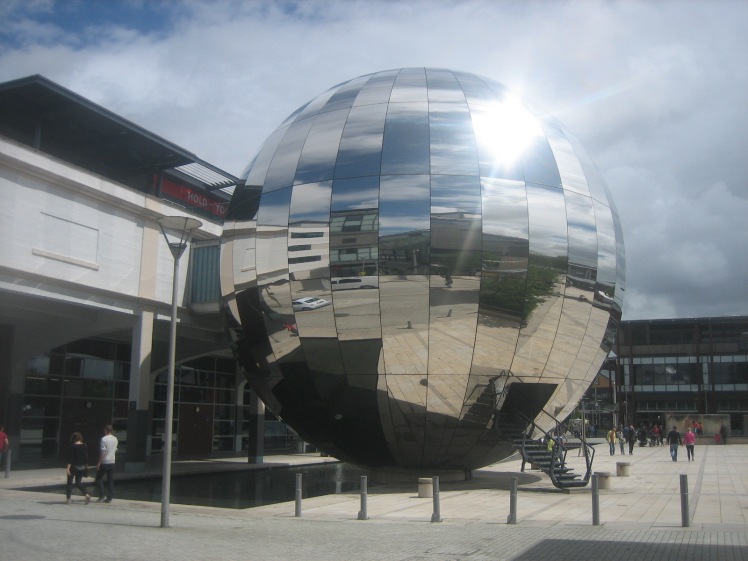 I was a huge fan of the £2 bookshop. Something that I couldn’t quite believe at first. Surely every book wasn’t just £2, yet they were and I managed to restrain myself to just the one book. The shops may have been independent but the restaurants weren’t. However, I’ll never say no to a meal at Nando’s or Ask. 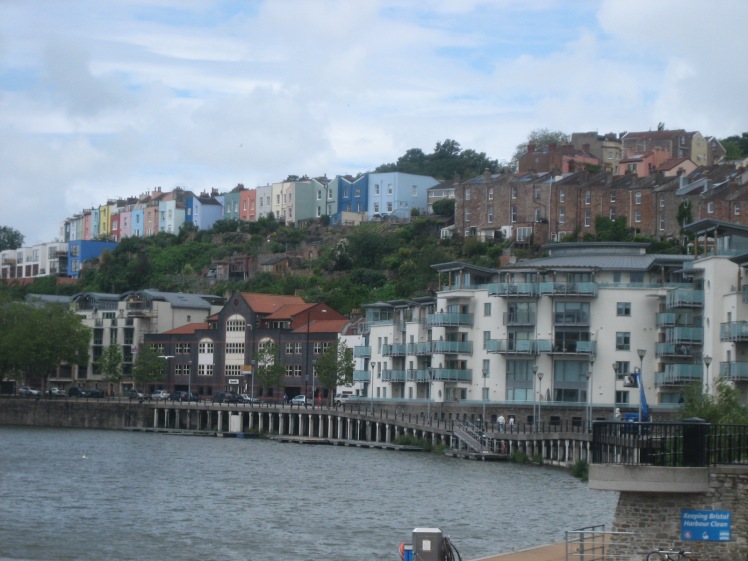 There was plenty more to Bristol than Park Street, such as the harbour, with it’s bars and restaurants, and the square with it’s fountains. Also the modern area by the harbour was not to be missed, with new apartments, restaurants and an artistic square with statues of famous Bristolians and a mirrored ball that reminded me of the Bean in Chicago.

Bristol is an English city not to be missed, there’s enough shops, art and culture to keep you busy for much longer than 3 days.