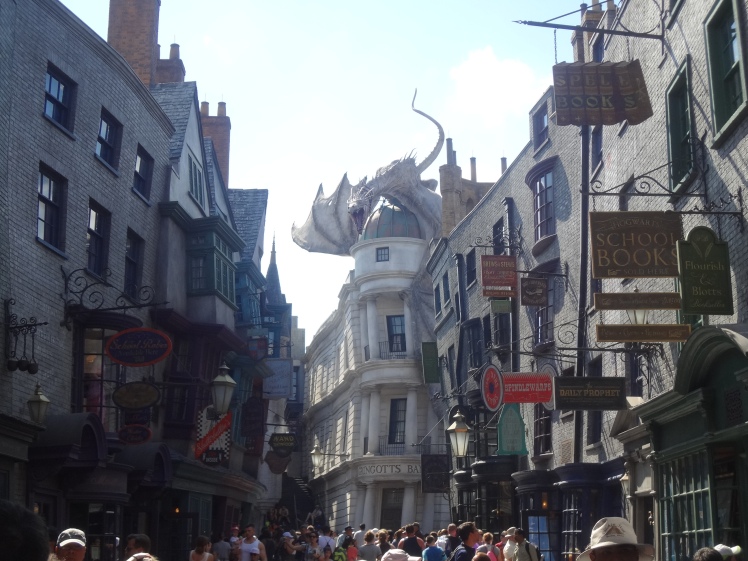 While in Florida we had a day trip to Universal Studios. One of the latest additions to the park is the Harry Potter area. The famous train from the story can take you from Universal Studios to Universal’s Island of Adventure. We didn’t do that because of the lack of time and money! But we did explore the wizarding world of Harry Potter, which opened in April 2016. It is separated from the rest of the park by a simple wall with a couple of openings. One moment I was in a theme park and the next I was in the film! The whole place is so well thought out and detailed. The dragon that sits on top of the bank even blows fire. This is one area that manages to challenge Disney World in detail and imagination.