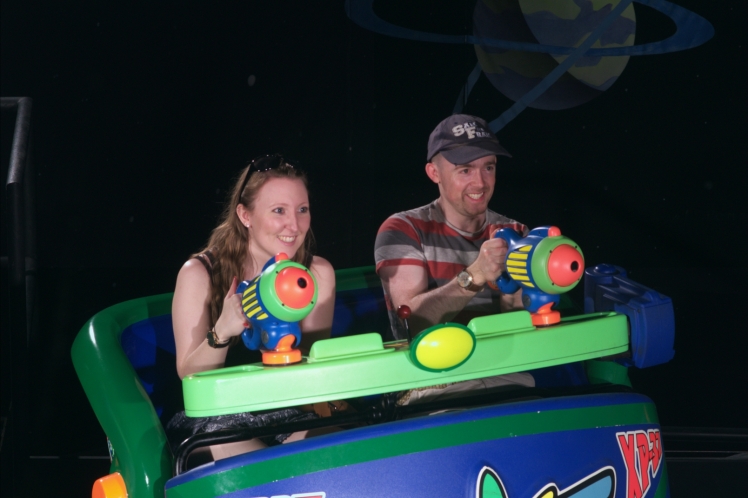 We went on Buzz Lightyear Space Ranger Spin in Magic Kingdom four times when we visited Disney World in 2016 and I couldn’t get enough of it. I beat Emma three out of the four times. I think I actually got worse each time we played and Emma got better!

We are both huge fans of Toy Story, which is why we also loved Toy Story Midway Mania in Hollywood Studios. Emma won that one. I was better at Space Ranger Spin! I hope it’s not too many years before we get to go to Disney World again. Especially as there is a Toy Story Land being built in Hollywood Studios!