We chose a lovely day to visit Tattershall Castle in Lincolnshire, it felt like a summer’s day! Situated in the little village of Tattershall, the 15th century castle is in great condition and looks more like a tower than a castle. It used to have spires on top of each of the four turrets, but they fell away a long time ago. Lord Curzon, of Kedleston Hall is the one who saved the castle and opened it to the public in 1914. They did consider adding the spires back to the turrets, but it never came to fruition. 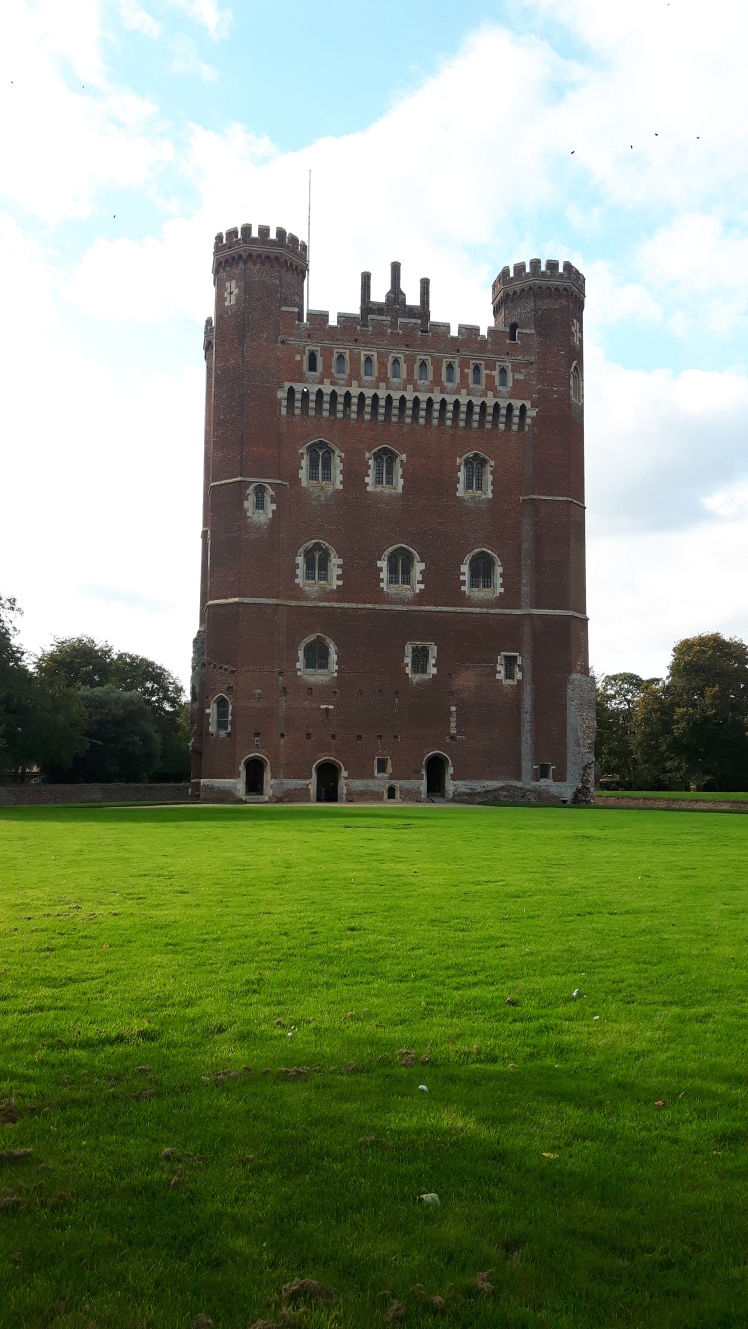 The shop and where you pay is in the cute old guardhouse and is situated before the bridge that crosses over the currently dried up moat. I do love a good moat, so it was a pity it was filled with reeds instead of water.

I think you can class the castle as having six floors. Floors one to three after the ground floor were pretty much exactly the same; after stepping off the spiral staircase there was a little corridor which led into a big room that had several little rooms off of it. Quite a weird design we thought, as it was difficult to work out what all the small rooms would have been used for.

The second to top floor was the roof, which had some great views through the windows of the surrounding landscape. We were able to go up another floor, which was just the outer walk way level with the turrets. On each of the four sides was a board showing what we were able to see from that particular direction. We could see such sights as Boston Stump and Lincoln cathedral! 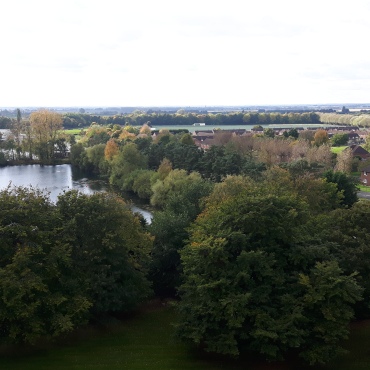 There seemed to be a decent amount of other people in the grounds and we heard footsteps and voices in the castle as we explored the rooms and walked up the spiral staircase, but we didn’t see anyone until we made our decent.

Because of the summer-like warmth on this mid October day, we decided to have an ice cream each, sit on a National Trust deck chair and enjoy the warmth and beautiful head-on view of the castle. I could have nodded off in the warmth of the sunshine as I waited for Emma to finish her quickly melting ice cream.

We checked out the church next to the castle. I particularly liked the tiny door into the church. This backed up my theory that hobbits lived in these grounds, as there was a tiny row of 15th century single floored houses opposite the castle. Emma thought I was crazy, but the evidence was overwhelming. 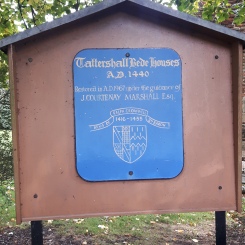