After Amsterdam we were looking forward to Madrid, hoping for more sunshine and not such a crammed feel. We weren’t disappointed either. It was early September so the weather was still good, except for one day that was cloudy and mild.

The Zoo – On our 2nd day we went to the zoo, which is situated just outside the city. We took the metro from Sol station, which was right next to our hotel to Plaza de Espana on the yellow line, then switched to the blue number 10 line to Casa de Campo. From there it was about a 15 minute walk to the zoo. For 2 adults it cost €46.60. The main attraction for us were the pandas and you can read more about this in my post Madrid Zoo and Pandas! 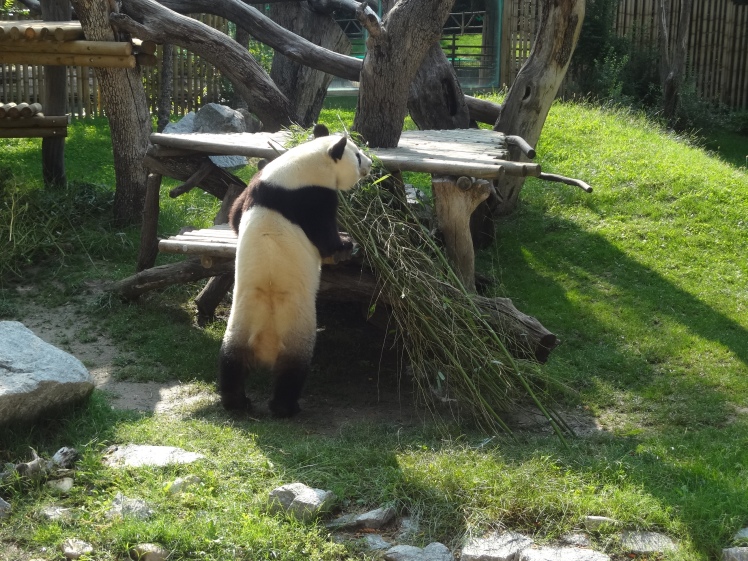 The Royal Palace – It cost €11 each to enter the palace. It is a grand and fascinating building. There were a lot of rooms to look around and walk through and so many of them were uniquely weird in their style and design, which made them very fascinating. The problem we had though was the amount of tour groups taking place, which meant we were almost constantly stuck in front, behind or in the middle of one! There was also an armoury exhibition on the other side of the palace, which was filled with countless weapons, helmets and soldiers outfits, many from the 17th century.

Primark Gran Via – If you want a break from history and tourism and want to go shopping, then the Primark on Gran Via is the shop to visit. It has 5 floors with a grand staircase from the ground to the 1st floor. The views of the shop were a sight to see from the higher floors. There was some sort of screen that created light and colour shows that kept me entertained when I ran out of interest in the clothes and I had to wait for Emma.

Sol Square – Our hotel was situated right on the edge of Sol Square and from our balcony we had a good view of part of Sol. It was a lively and busy square all day, but became even livelier at night, which was when the entertainment groups appeared. There were the rollerbladers, breakdancers and mariachi band. These were the main groups anyway and always attracted a crowd that were very entertained by their antics. 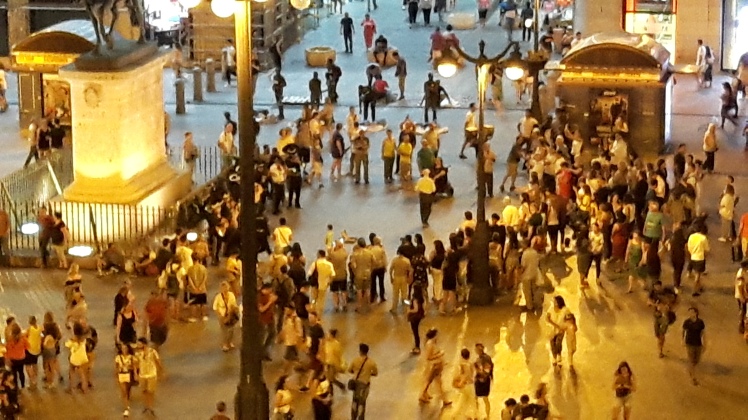 Madrid’s Plazas – You can’t go to Madrid without exploring some of its many plazas. Plaza de Espana had a protest taking place when we visited it. We sat on a bench and ate toblerone ice creams in Plaza Pedro Zerolo and one of our favourites was Plaza de Oriente which was right next to the palace. There was a lovely body of water, a little maze and it was a lovely and peaceful plaza to walk around away from the hubbub of the city.

One thought on “5 Must do’s in Madrid”