The Christmas market in Birmingham has been running since the year 2000 and this year marks the 50th anniversary of the Birmingham and Frankfurt partnership agreement, which began in 1966.

Because it’s a special anniversary this year the market is running from 17th November to 29th December. It doesn’t usually run over Christmas but it has been extended to help celebrate those 50 years! Quite unfortunate for the German workers who don’t get to go home for Christmas… 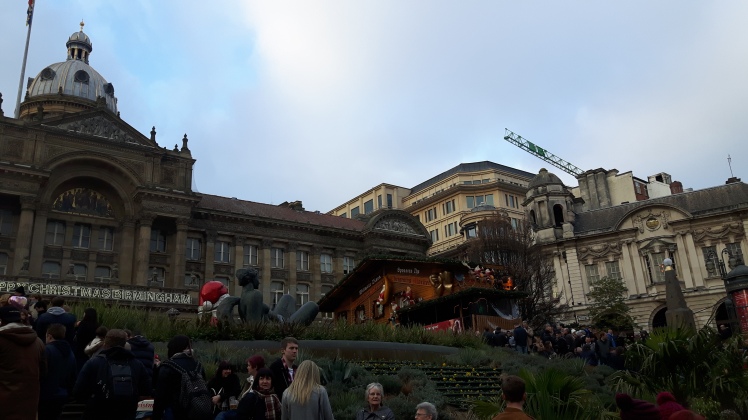 We visited on it’s 2nd weekend and didn’t think it would be terribly busy, with it not being the opening weekend and still being a decent amount of time away from Christmas. But it was rammed! It’s not like it’s a small market either. It runs from the Bullring all the way up New Street to Victoria Square. The square is penned in by some beautiful and grand buildings, such as the council house and town hall.

It was so busy that we basically shuffled along at some points. It reminded us of our visit to Lincoln Christmas market in 2011 where it was so busy the public had to be herded around the edge of the town centre until they could be squeezed in.

There were a lot of market stalls, but many were replicated. The stalls that sold teacake shaped marshmallows all had long queues. I think because they were selling at only 60p each. They were most likely the cheapest thing in the entire market. We did queue up and get one each though. I had a blackberry one and Emma had coffee. It was more like mousse inside the chocolate shell, rather than marshmallow, but they were rather yummy! 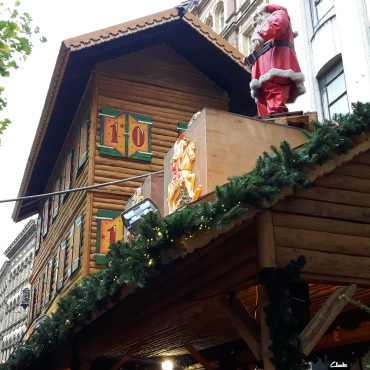 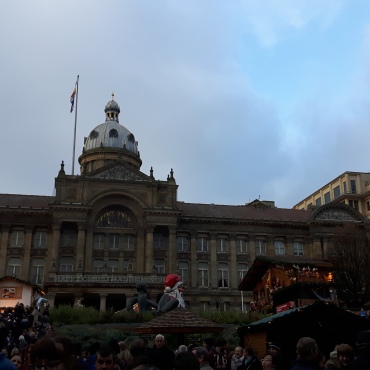 Even though it was painfully busy, it was the weekend after all. It wouldn’t be so bad during the week. There was still a great festive atmosphere here and it’s definitely worth a visit to get into that Christmas spirit. At the bars you have to pay a £5 deposit to drink out of the special glasses and £3 for the mugs. A decent enough price to pay if you were looking for a souvenir!