2016 was a great year for travel for me and Emma. We went to Disney World in May, which was my first trip and Emma’s fourth! It has been something that Emma has wanted me to experience since the dawn of time! 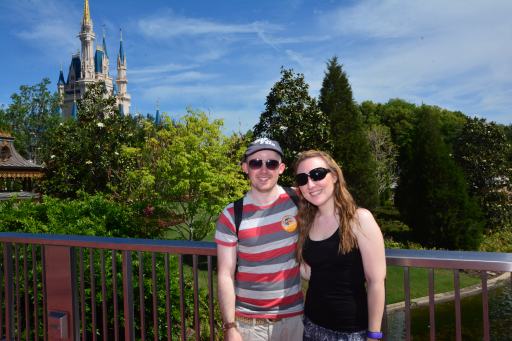 After two wonderful and exciting weeks in Disney World I am now as in love with it as Emma and her whole family are. As I have mentioned in posts I have written on Disney World, there’s something magical about it, but neither of us can think of what exactly it is that makes us want to cry because we’re not there!

In 2015 our big trip was travelling Italy and that meant we couldn’t afford another trip abroad. But 2016 was the year of my 30th birthday, so a month after Disney World we went to Alcudia, Mallorca. It was a slower paced holiday and I was able to indulge in history and European culture, while Emma acquired the taste for macarons!

We had plenty of UK getaways too. Going to Monmouth in February was very exciting for me as it was where my ancestors came from and I was able to do more research into my family tree. We also went to Worcester, Rutland, Lincoln and Scarborough. Surprisingly it was the latter destination where we had some of our best weather of the year!

2017 is rather up in the air at the moment. For the last few years we have had our next big adventure in place by this stage, but we haven’t this year because we are in the process of buying a house. So it all depends how long it takes to move in and how much money we’ll have left before we can decide where we can jet off too.

We have thrown a lot of ideas at each other about where we could go…could it be a big trip to New York or Disney World again? Or will we choose somewhere closer like Croatia and fit in some European city breaks. We will just have to take it one month at a time.