Sudbury Hall is in the small village of Sudbury, about a 25 minute drive west from Derby. We had spent the night in Derby and decided we would visit another National Trust place. The weather was pretty awful all day. The heavy rain meant Sudbury Hall was a decent place to visit as everything was pretty much contained indoors. However, the car park was a 500 yard walk from the hall. There was a road that needed to be crossed when walking to and from the car park and for some unknown reason there was no pedestrian crossing of any kind, which seems a bit ridiculous to me when families, children and older people cross the road daily.

The hall didn’t open until 1pm so we and everyone else went into the Museum of Childhood, which opened two hours earlier. This was a really interesting museum which was probably more for adults than children, as there were toys and games from the entire 20th century. Me and Emma both took trips down memory lane, especially for Emma when she saw a Polly Pocket and for me when I saw the Thunderbirds hideout! It was a really fun museum, which all ages would enjoy. 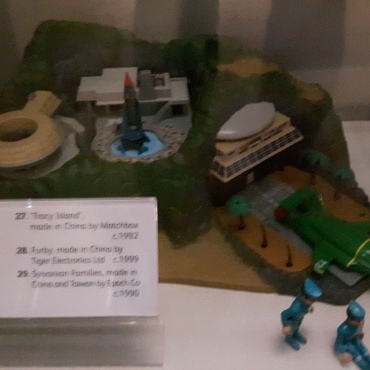 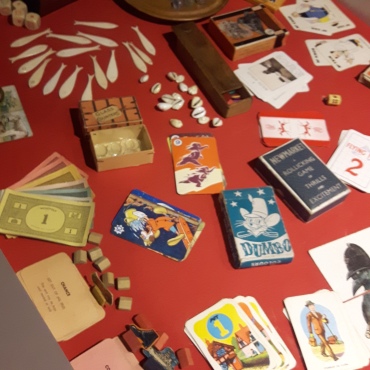 After the museum we headed across to the cafe for tea and cake. The range of cake wasn’t the best and we both settled for a slice of Victoria sponge cake. However, there was no cream or icing in it so it was basically jam cake more than anything else. This was slightly disappointing when we had spent a tenner on it. 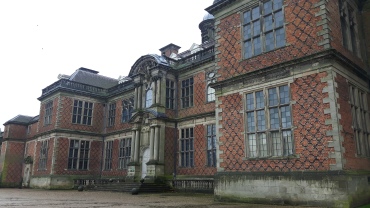 It was past 1pm after we had eaten, so next stop was the hall. The building was of beautiful 17th century design, but the inside felt small, what we were able to see and walk through anyway. There was a grand staircase with yellow walls around it, but this was closed off due to the staircase not being strong enough anymore. Quite a few doors were closed off and another staircase was closed because it was ‘too dark and slippery for people to walk up’. A couple of lights and a carpet or rug for the stairs would solve that problem. 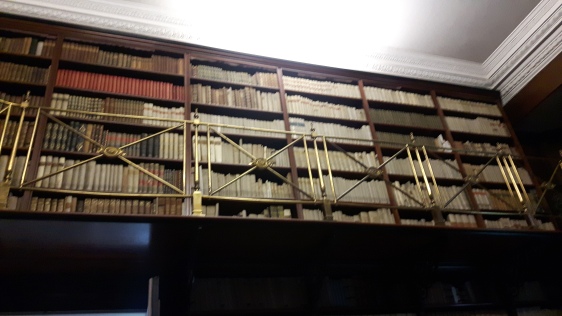 Even though it was still raining we had a walk outside around the grounds. Because the grass was too wet to walk on it didn’t take us too long to walk around. But on a sunny day it would be really nice to walk on the grass and down to the water’s edge. 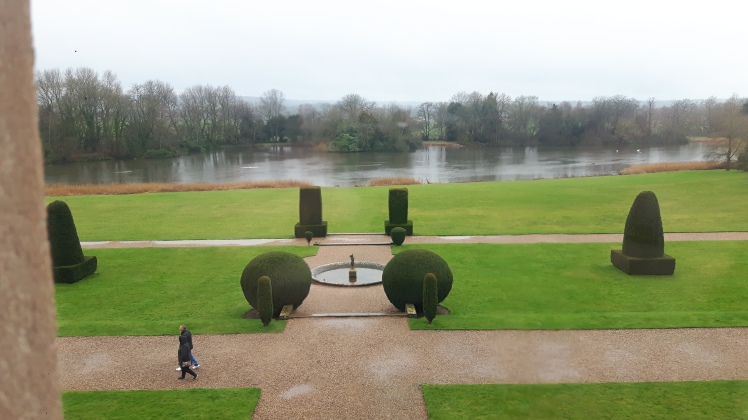 We went back to the cafe where we shared some soup. We weren’t that impressed with the cafe overall, Kedleston Hall’s cafe was much cosier with better food. We went in the gift shop before leaving and once again I was frustrated as there were no erasers! I’m starting to get the impression that National Trust gift shops are all very similar and don’t stock erasers or hardly any stationary for that matter, which baffles me.

Sudbury hall is a nice place to visit and plenty to do to take up your day. The real draw is the museum, which is something that shouldn’t be missed.