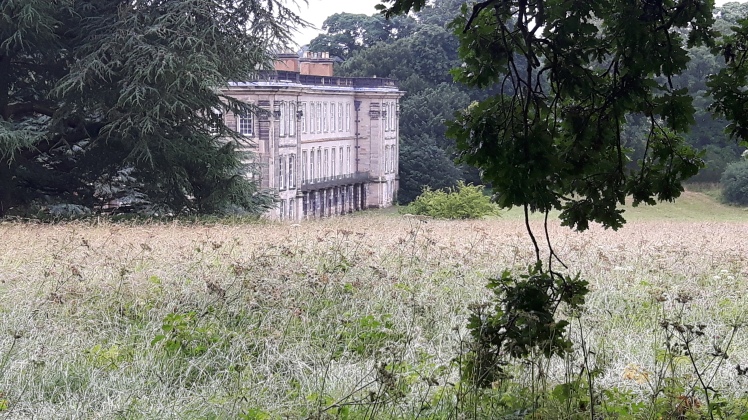 It didn’t affect most of the day, but it did mean we couldn’t explore much of the grounds. We explored the old decaying mansion though and that is what is so interesting about Calke. It wasn’t handed over to the National Trust until 1985 by Henry Harpur-Crewe, who was still living in the old mansion. So it was actually a relatively recent acquisition. Instead of restoring the mansion to its former glory, they are preserving it in the condition it was left in. This means visitors can view a stately home that isn’t what it once was and creates a different feel and perspective. 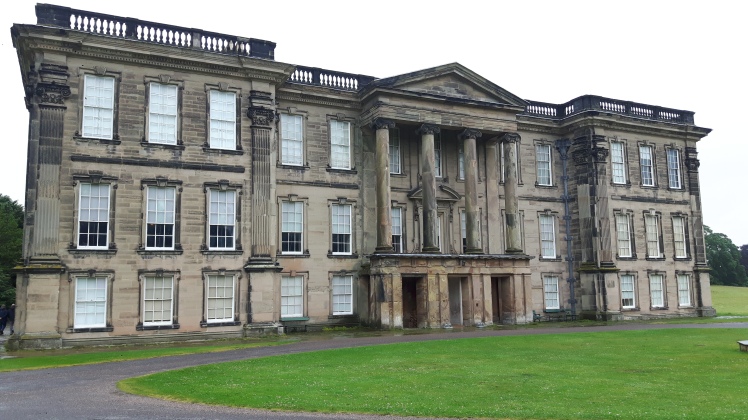 There were a lot of guides throughout each room in the mansion and they all had a lot of knowledge of the history of this ‘un-stately’ home. Quite a lot of the visitors seemed to know a lot about it as well, I felt like I should’ve researched the place before turning up! There was a good mix of rooms, some grand and well kept and others untidy and damaged. It gave Calke a unique feel. 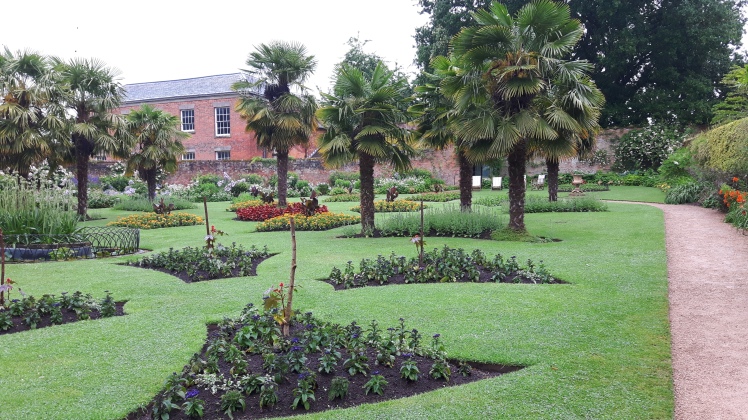 We had tea and cake in the restaurant, which came to a whopping £10.10 for a not very big pot of tea and two pieces of average cake. There was a lot of variety of cake to choose from, but the one I wanted had had the middle cut out of it so the pieces were really small and definitely not worth the £3.25 price tag. 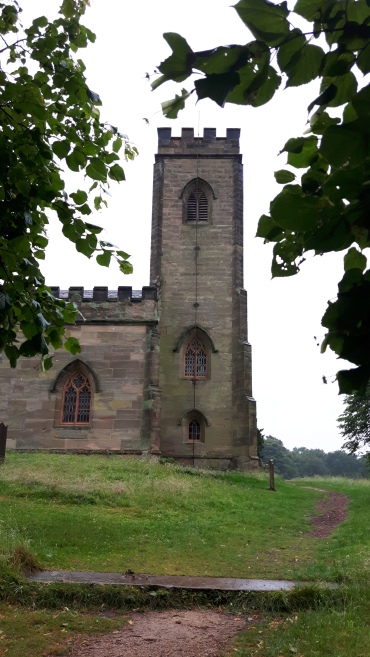 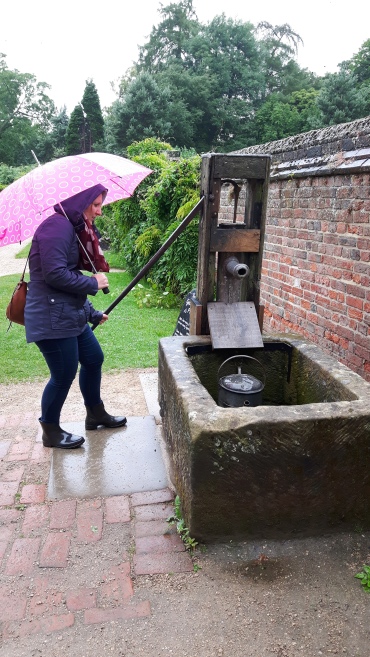 We did visit the church, which is up the hill from the mansion. It is also where you’ll find the graves of the family members who lived at Calke. Not far from the church were the pretty and well kept walled gardens, which would have looked even nicer on a sunny and dry day. We liked the fruit and vegetable garden too, it was all very tempting with the different juicy looking berries. 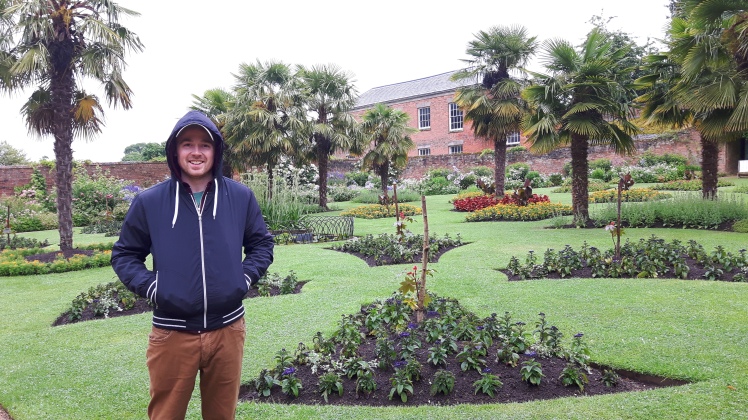 There’s much more to see around the grounds, but we had to give all that a miss because of the weather. Before this year is over we will do our utmost to visit a National Trust destination on a nice day! 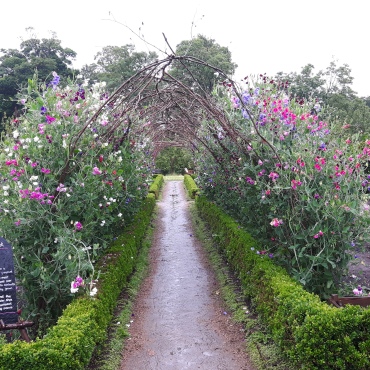 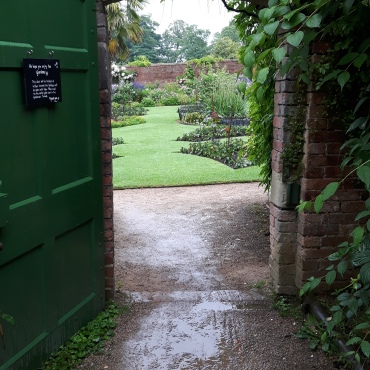