Flight of Passage is one of the two new rides that are in the new land of Pandora in Animal Kingdom, Disney World. The other ride in Pandora, Na’vi River Journey is a slow boat ride through the colourful and magical world of Pandora. Na’vi has long wait times ranging from 30 to 120 minutes! But we were able to get a couple of Fastpasses for it without any problems. 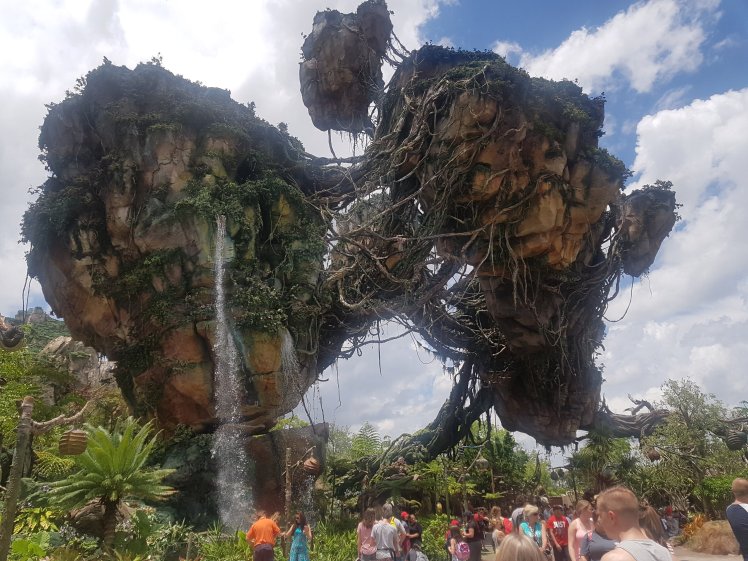 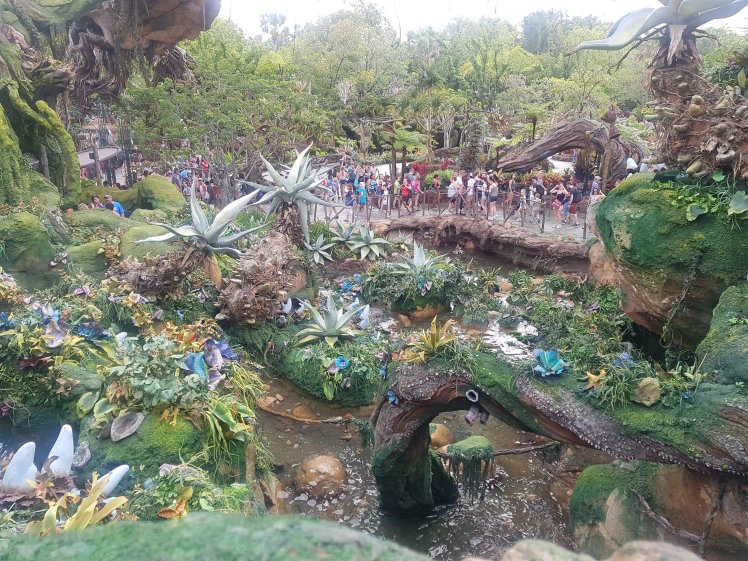 This meant that we had to visit Animal Kingdom for rope drop…rope drop basically means when the park opens, which was 9am. It’s called rope drop because the park doesn’t just open its doors and let people go rushing in! They let people in one stage at a time. So after the tram we went through security, then we were allowed to scan our magic bands and get in the actual park by about 8:25am. We came to a stop outside the land of Pandora where there was a big crowd already in front of us of maybe a couple of hundred people or more! 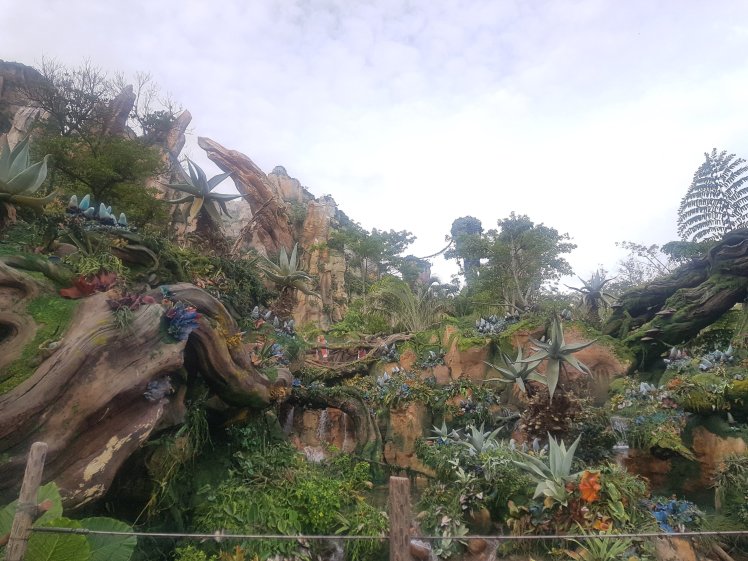 It was at this point that my mother in law decided against going on the ride. Her body couldn’t manage Soarin’ and in hindsight she made a very good decision. If Soarin’ is a struggle for you then Flight of Passage is a big no!

When we were allowed into Pandora, we joined the official queue along the bridge which linked Pandora to Africa. The Disney worker said it was about a 40 minute wait from this point. It turned out to be about 25 minutes, which we were more than happy about! Usually from this point on the bridge it would be 40 minutes, but there were big gaps further up the queue and parts of the inside were possibly missed out. 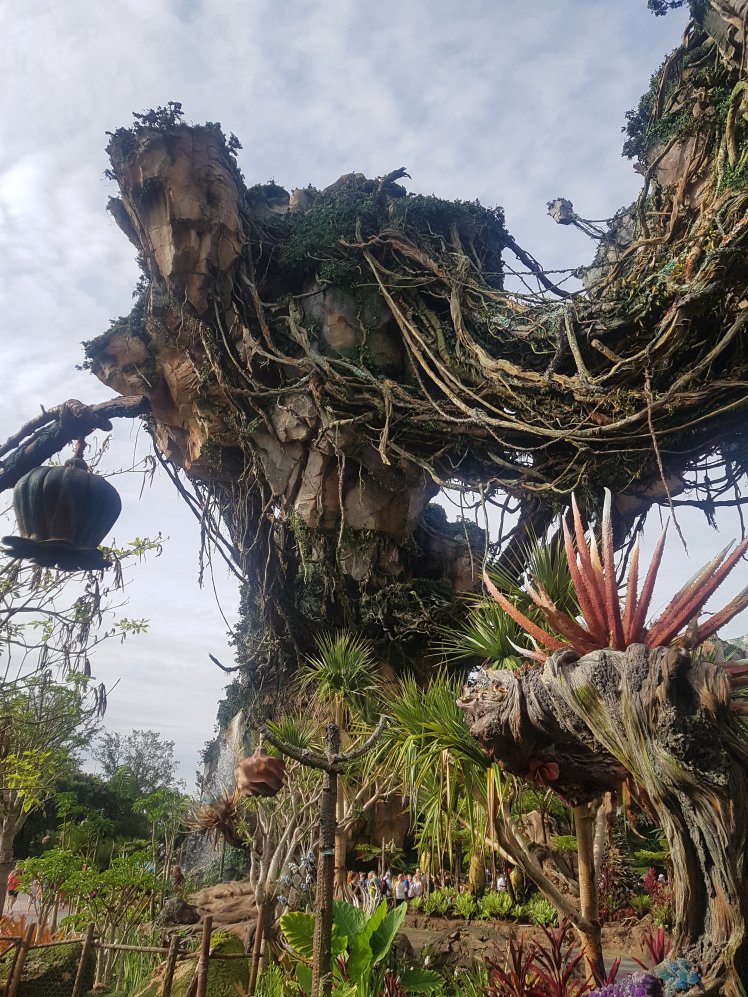 Waiting half an hour to an hour is not much of a problem as Pandora is so colourful, and pretty and there’s so much to see that the time passes rather quickly. However, wait times for this ride throughout the day ranges from 60 minutes to 200 minutes! Which is frankly crazy.

The ride itself has been said by many to be the best ride in Disney World and I think I have to agree, or at least one of the best. Once we reached our seats we had 3D glasses to wear and we had our own separate seats that was like a motorcycle seat. You have to slide forward into the seat and then a back rest flips up and wedges you into position. Me and my father in law found it comfortable, Emma said she was squashed…. 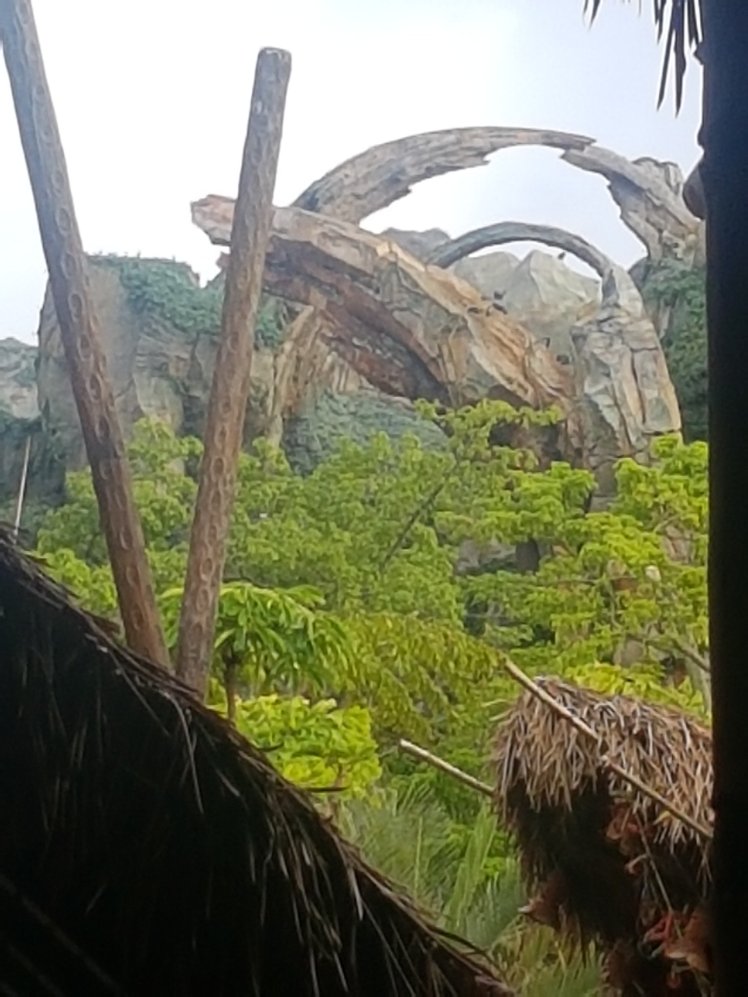 As with the ride Soarin’ in Epcot we were in rows of around 8 and we moved upwards and forwards over the huge screen, but then Flight of Passage becomes it’s own as we flew a banshee around the world of Pandora, starting with a big swoop downwards, which gets your heart racing! It was all very exhilarating and some people screamed, some laughed, some closed their eyes (like Emma) and I looked to my left where there were several more rows of people loving the ride and that looked just as surreal as the actual screen. 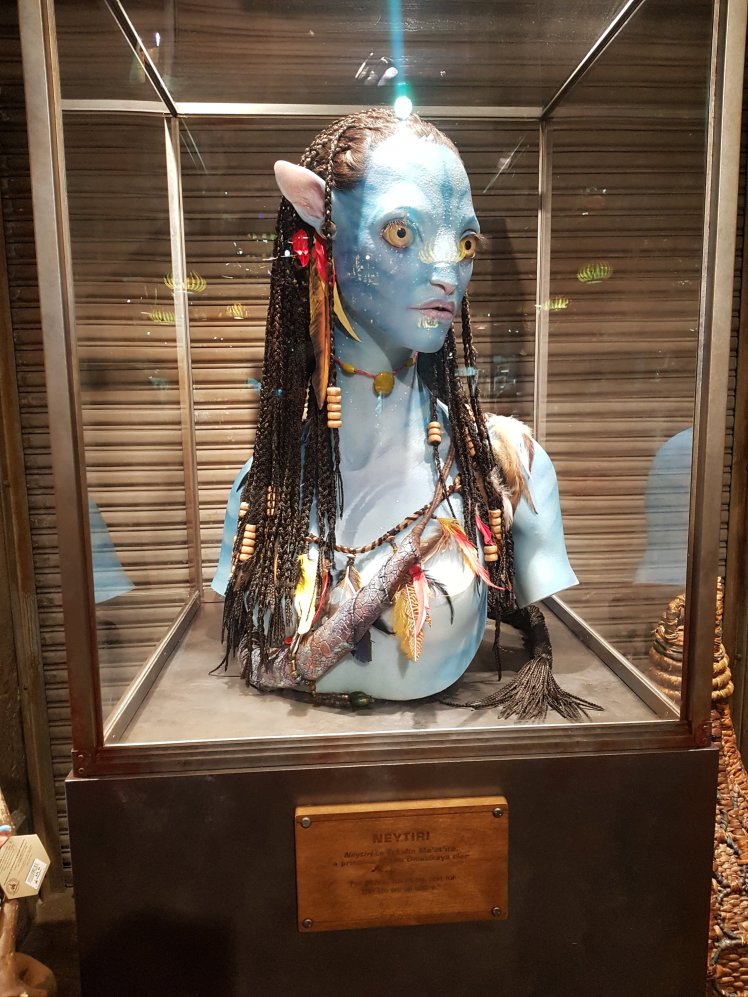 There were plenty of drops, turns, swoops and beautiful scenery that created a great sense of realism. I wanted to go on it again immediately afterwards, but knew this was my one and only time on the ride for this trip to Disney World. Flight of Passage is a must do ride and the best time to do it if you do not have a Fastpass is when the park opens, as a half an hour to hour wait is worth it.

One thought on “Flight of Passage – Worth the Wait?”