It was my birthday weekend, so I had the choice of where to go and I chose the small town of Cirencester because of all its Roman history…

We went round the museum on our first day before we could check into the hotel (the ever reliable Premier Inn). The museum had the history of the town and the surrounding area from thousands of years ago to the present day. However, the main focus was Cirencester’s time as a Roman town. There were plenty of fascinating mosaics and loads of information on what Corinium (Cirencester) was like during Roman occupation. It’s certainly a museum worth visiting, even though we were quite unfortunate to have a very loud school group in front of us for a decent portion of our time in the museum. 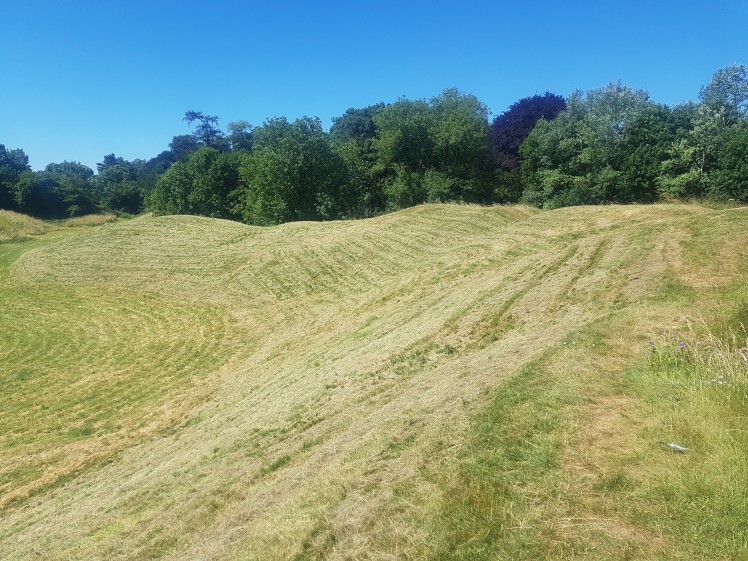 Just a short walk east of the museum, next to the River Churn was a small piece of a Roman wall. Without knowing what it was it would be possible to not know or notice it, but it is an interesting piece of history to check out. I saw some teenagers sitting down on the grass nearby seemingly ignoring the ancient history behind them. I felt like telling them “don’t you know what that wall is? Do you know when it was built?! However, they could have been big history buffs and just spent the last half an hour admiring the site and then have sat down nearby to discuss the history of the wall…so I’ll try and cut down on the cynicism….

The amphitheatre sits across a main road from the town. Even though it could be said it is now just a huge grass mound, I found to to be an amazing sight. It is a huge site and would have been a large amphitheatre back in the time of Roman Britain, holding around 8000 people. When I stood at the top, which is where the highest seats would have been, the views of whatever spectacle was taking place would have been brilliant.

We had the rare good fortune of great weather on my birthday, which meant we could see all these sights in the beautiful sunshine and not be concerned about needing to find shelter from rain.

One thought on “Cirencester – A Roman Town”